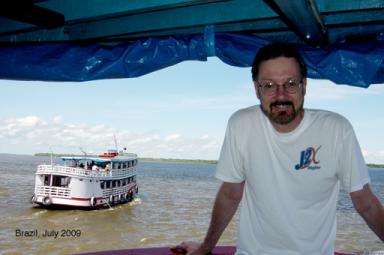 My research interests are in Lie theory, representation theory, and associated geometry. Specifically, I study representations of semisimple Lie algebras, algebraic groups, quantum groups, and Lie superalgebras; cohomology associated to these representations; and support variety theories. I have also worked on cohomology for the Virasoro and Witt algebras, and on geometry of Schubert varieties. I'm a fan of using computers to help with mathematical research, and I've developed various programs over the years, some of which are available.

From 2003 through 2008, and again from 2009 through 2011, I was one of the leaders of the UGA VIGRE Algebra research group. This group of faculty, postdocs, graduate students, and the occasional undergraduate worked on several open problems involving support varieties for algebraic groups and the symmetric group, cohomology of Lie algebras and quantum enveloping algebras over fields of small prime characteristic, low degree extensions for finite groups of Lie type, and more. We solved quite a few of the problems, and the group has seven original research papers published.

I was involved in various other aspects of the UGA Mathematics VIGRE II grant, including co-organizing a Summer School Program in May 2010 for graduate students and postdocs on Lie and representation theory. This two-week series of lectures and workshops was followed by a three-day 2nd annual Southeast Lie Theory conference.

As of Feb. 1, 2013, I am the Associate Secretary for the Southeastern Section of the American Mathematical Society. Find out about upcoming sectional meetings, travel grants for doctoral students, how to organize a special session, or hosting a sectional meeting at your university.

The AMS joins a host society from another country approximately once a year to organize an international meeting for members of the mathematical community both in the U.S. and abroad. One Associate Secretary is selected to help coordinate the meeting's scientific program.

In July 2017, AMS supported the 2017 Mathematical Congress of the Americas, one of a sequence of conferences held every four years by the Mathematical Council of the Americas (MCofA). AMS joined MCofA in April 2014. I was the Associate Secretary designated to assist with the coordination of the meeting held in Montréal, Canada.

In July 2019, I was the AMS representative to the first-ever joint meeting with the Vietnamese Mathematical Society, held in Quy Nhon City, Vietnam. A number of faculty from the UGA Mathematics Department participated in this very successful conference.

I was the Graduate Coordinator for the Mathematics Department from July 2007 through June 2013. If you're interested in pursuing graduate studies in our department, have a look at the information on the graduate program website.

The UGA Mathematics Department is an Academic Sponsor of MSRI (the Simons Laufer Mathematical Sciences Institute in Berkeley, California). One of the benefits is that MSRI pays for 2-4 of our graduate students to attend their summer workshops every year. I am the institutional representative to MSRI in our department.

As a service to the graduate students and postdocs in our Algebra Group, I maintain what I believe to be the world's largest list of links to representation theorists' home pages and arXiv preprints. If you would like to be added to the list, or if your entry is out of date, please send me an email (see my contact page for the address).

I've taught a large variety of courses at UGA, ranging from trigonometry to graduate topics courses. But my favorite class to teach is probably undergraduate abstract algebra. Here is a list of some courses I've taught recently. 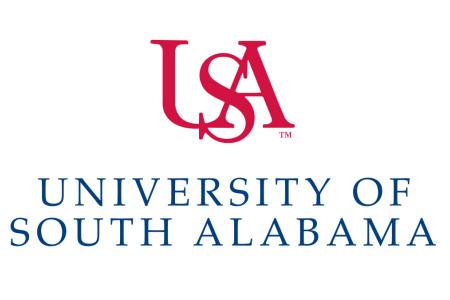 The following will present Invited Addresses at the Fall 2023 Southeastern Sectional Meeting at University of South Alabama, October 13-15 2023 in Mobile, AL:

The following will present Invited Addresses at the Fall 2022 Southeastern Sectional Meeting at University of Tennessee Chattanooga, October 15-16 2022 in Chattanooga, TN:

The following will present Invited Addresses at the Spring 2023 Southeastern Sectional Meeting at Georgia Institute of Technology, March 18-19 2023 in Atlanta, GA: